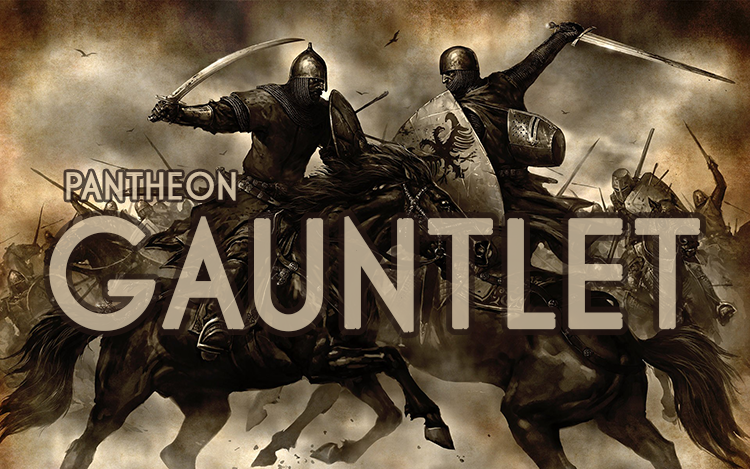 Alright mediocrefaces, by popular request we are bringing back a revised version of the classic Odyssey Challenge we used to have here. The new version will be known as the Pantheon Gauntlet, and will give our community the opportunity to test their mettle against the very best players this family has to offer.

This challenge is open to all members of the Pantheon Community and is always ongoing. If you earn titles you will need to defend them. There will be special Discord symbols and titles given to recognize the excellence of our Grand Champion and Elite 4 members. Full list of rules will be posted below. This challenge will begin this week, good luck to everyone!

1) Each Pantheon clan will elect a Champion to defend their clan from all Challengers.

2) Each clan’s Champion is responsible for answering every Challenger’s request within 48 hours. Failure to do so will result in that Champion’s medal being awarded to the Challenger.

3) In order to obtain a given Champion’s medal you must defeat them in two out of two battles.

5) Once a Challenger has defeated all 13 Champions they will be allowed to enter the next phase of the Gauntlet, challenging the Elite 4.

6) The Elite 4 challenges will be a Best of 3 series with the loser of each match being allowed a ban that will persist for the rest of the matches.

7) Upon successful completion of the Elite 4, the Challenger will be able to challenge the Grand Champion for their title. This will be a Best of 5 match with persistent bans for the loser of each match. The time limit will not apply to the scheduling of this match.

10) Any Pantheon member is able to participate in this challenge. If said member is a Clan Champion or Member of the Elite 4 they retain the medal they are defending for free in the challenge.

11) Only ONE challenge may be issued per day. However, a Challenger could theoretically win two medals in one day if the 48 hour scheduling causes multiple matches to occur within one day.

12) No member can hold multiple titles. You may fill only one of the following roles: Grand Champion, Elite 4, Clan Champion.

13) There will be no replays due to lag, wrong deck slots used, etc. Results are final.