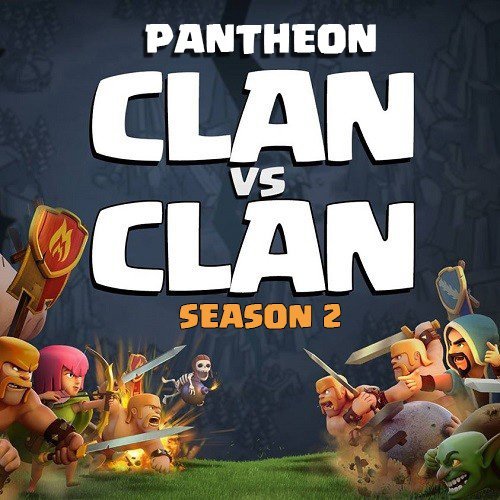 Clan vs. Clan is back!

Clan V Clan S2 Format:
Same as before except I have increase the amount of battles in SET 1

SET 2:
I see no point in increasing the matches in set 2 so it will be the same. SET 2 will be 2v2. We will have 2v2 ONE set bo3 ONLY. 2 bans from each clan before the match. So if example 2v2, we will have 4 bans in total before the first match and bans will continue until all the matches is over in 2v2.

SET 3: TES Format (Tiebreaker)
If both teams are levelled at 1-1 then we will go into set 3. One ban from each clan before the matches. Bans will stick until the tes format is done. 6v6 at the same time, loser goes out while the winner continues to play.

Rules:
-No minis are allowed in this competition, Only main unless ur mini clan has low members then we can make an exception.
– Matches will be played in a different clan, will be announced here later and spectators are welcome but get ur permission from ur respective leaders.
– Each clan must have a min of 6 people, max 12 people.
-Members who are interested to represent ur respective clans pls dm ur leader.
– Each clan should have a captain and vice captain if the captain is busy and can’t make it.
-Captains are in charge of reporting to me their respective clan lineups through dm by 9/4 (9 APRIL)
-Captains should dm the referee their respective clan lineups before every match along with their bans for 2v2 and koth if necessary.
– Match results should be posted in #bracket-results and also captains when ur fixing ur matches pls do it at #locker-room or through dms but make sure to inform ur referee too.
-All matches will be monitored by a referee, follow the referee orders. If ur interested to be a referee, dm me.
– Referees cannot referee their own clans match.
-Referee list will be announce later in here #bracket-info
– Matches will start on 13/4 (13 April)
– Matches will be played starting from groups to semis to finals. Top 2 or 3 from each group progress. We will have third and fourth placing matches this time.
Top 3 clans will receive a special emote this time next to their names!

You can tract it here: https://challonge.com/6c7cfpdp